For whom the bell tolls. It’s for thee. The inventor of the bicycle bell first patented in 1887, is John Richard Dedicoat, an Englishman who was a pretty prolific inventor who has also the humble pencil sharpener in his kitty. There are two sides of this coin; one you for the benefit of the jaywalker ahead of you and two, the guy with his mobile clamped to his ears yakking away. As a cyclist myself I wish at times I had a foghorn fitted that would make the fool jump out of his skin. But alas, moderation is called for. Horrific as it may sound, adding a bell is mandatory in many countries and is a safeguard towards minimum safety. And there is the question of hearing-impaired people who will probably register and respond to a bell faster than a cheery hello. Why don’t we have a look ourselves on the types of bike bells? 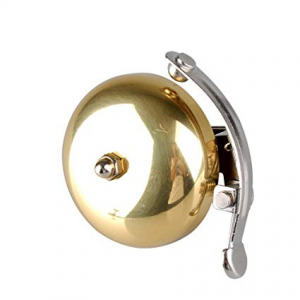 These bells sound like an electric bell within a coiled cylinder as the internal gears uncoil. It generates a reasonably high decibel level. This is an evergreen favorite. The design dates back to antiquity; 1800s actually.

Mounted on the bars with easy access, it is basically a brass or steel bell against which a tab or ringer makes contact to produce that all too familiar ‘ding.’ Older models make use of a thumb-activated lever which in turn pushes into action internal metal rings positioned at the rim of the bell. This has now morphed into a plastic tab on a flexible arm. Flicking the tab gets the ball rolling and you are rewarded with a ding. 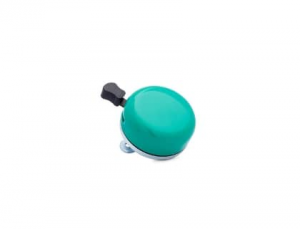 These bells are possibly the most plagiarized for their antique retro bell design, look and their age-old ding dong tone captivates. The most interesting fact about these bells is that they feature an easy mechanism. You can easily fix bike bells if anything goes wrong. 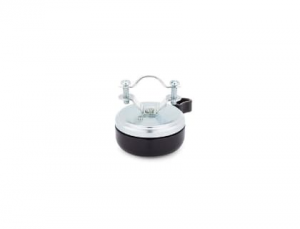 Clapper bells made an appearance as innovation as people tried to improvise on existing bell types. A clapper bell makes a characteristic ‘ding ding’ sound when the lever is triggered.

In the world of horns, we have the quaint pear-shaped bladder hooked to a horn, hand-operated. A squeeze elicits a braying sound, which apart from being mellifluous, is rather garish but it admirably accomplishes the function, drawing attention. And it has the added bonus of being a somewhat vintage attraction.

The manually operated air horn simply propels the air forward which vibrates in the horn’s chamber resulted in a loud sound.

The other type of air horn involved compressed air as the prime driver. This technological development has a number of followers. The emanating sound on pressing the button is loud enough to shake up people nearby, the loudest of all bells in fact. It can be as high as 120 decibels which may cause hearing loss. In some cases, it may be a question of overkill but if you are going to be run over, deploy without hesitation. Some of these bells are also battery operated. The mechanism of operation is shown below.

These are those discreet little bells which come with little guarantee that save you, anybody else can hear them. It’s simply a nostalgic feeble tring tring. Their use is limited to paths for bicycles or pedestrian parks.

Another metal bell with a lot more added sophistication generates a magnificent sound and combines a futuristic design that can be dredged in the marts are around. But somewhere a cycle bell has adopted that its image is only truly divulged in an antique form.

Tips for Choosing the Right Kind Of Bell

1. What sound does a bicycle make?

A tinkling or clinking sound such as small bells would or pieces of metal resonating after striking another metal repeatedly giving the impression of a bell. A handheld brass bell would probably sound like ‘ding-a-ling’ and ‘brrrring’ is more what an electric bell would sound like

2. Does a bicycle bell have to have a bell?

Yes, in many countries it is illegal not to have a bell. The United States is included.

3. Which side does a bicycle bell go on?

Bicycle bells can be both left-handed or right. If you are riding on the left in a country, you will need to signal with your right hand so the obvious choice of placement is the left. The reverse applies in places where the traffic keeps to the right.

4. What is the reason why cyclists require bells on their bikes?

For multifarious reasons such as alerting a motorist that his door is opening on to the biking path; to warn a slow-moving motorist, walker or cyclist that you are coming up from behind and most importantly, approaching blind corners especially when you chasing hell for leather coming downhill mountain biking.

The primary use of cycle bells is to make others aware of your presence and ward off accidents. What is the best bicycle bell? If you are cycling in Baghdad or Addis Ababa, an air horn would surely be the indispensable choice. I for one prefer the air horn with its quaint appeal. But you as a responsible cyclist choose with care but do have a bell installed. One thing you cannot discount is safety, yours and fellow pedestrians.

Ben Riddle
A Geeky Commuter This is Ben saying hello to biking dudes. A commuter and a stunt performer (an amateur) best describe me. Although I’m not an MTB specialist like my … Read More

how to fit a bike helmet for a child

Why You Need a Cycling Jersey

How to Manual on a BMX Bike: 5 Pro-Approved Steps

how to fit a bike helmet for a child

how to change a bike tube

Speak Your Mind - We're Eager to Hear from You! Cancel Reply

© 2020 by Gear Bikes Review is a participant in the Amazon Services LLC Associates Program, an affiliate advertising program designed to provide a means for sites to earn advertising fees by advertising & linking to Amazon properties including, but not limited to, amazon.com